Air Tanzania Company Limited (ATCL) is the national airline of Tanzania based in Dar es Salaam with its hub at Julius Nyerere International Airport. The Company was established in 1977 following the dissolution of East African Airways and has been a member of the African Airlines Association (AFRAA) since its inception.
The carrier operates a fleet of seven aircrafts: two Airbus A220-300, one Boeing 787 Dreamliner and four Bombardier DASH.

With improved fleet, ATCL is confident to regain its position as a serious competitor in the air transport market. The ongoing ATCL fleet and network expansion program include destinations in Africa, Europe, Asia, and US.

The carrier operates to ten domestic stations and to Comoro, Burundi, Uganda, Zimbabwe, Zambia, South -Africa and India. At the end of year 2019 carrier is planning to start flights to Thailand and China. 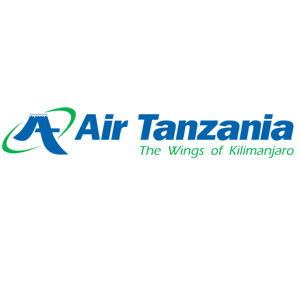